A Legacy of Praying Faith

I tenderly opened the journal, and its pages almost crumbled in my hands. It’s over 100 years old, after all!  And there I saw the handwriting that tells the owner’s name: Mabel Salsbury Dohm, my Father’s Mother.

And I cried as I read her opening Scripture:

“Here I am! I stand at the door and knock. If anyone hears my voice and opens the door, I will come in and eat with that person, and they with me.”
Revelation 3:20

For you see, I know a part of her story that makes that verse so very valuable.  But maybe I should back up a little, and explain how I know these things, since Mabel died almost a decade before I was born.

I grew up hearing about Grandma Mabel, and what a Godly woman she was.  She was the second wife of my Dad’s Father, after his first wife died, and she, who was known as a beloved Sunday School Teacher soon found out that a pre-teen stepson was a bigger handful than a room of docile Sunday School children.  My Dad told us that this petite little woman wasn’t afraid to be stern when firmness was required, and she had soon won the affection of her new stepson.

Not too many years later, and their home was filled with the addition of a new son, my Uncle Murlin, and four years later my Dad was born, the baby of the family.  These were the early 1920’s and modern day medicine was still a long way off. So when my Father contracted polio, the family all huddled together to do anything they could to save his life.  But my Grandma Mabel was a woman of prayer, and she sought God to preserve her son’s life.  A miracle happened on the darkest night, and my Father was fully healed, with only a paralysis of his eye movements! 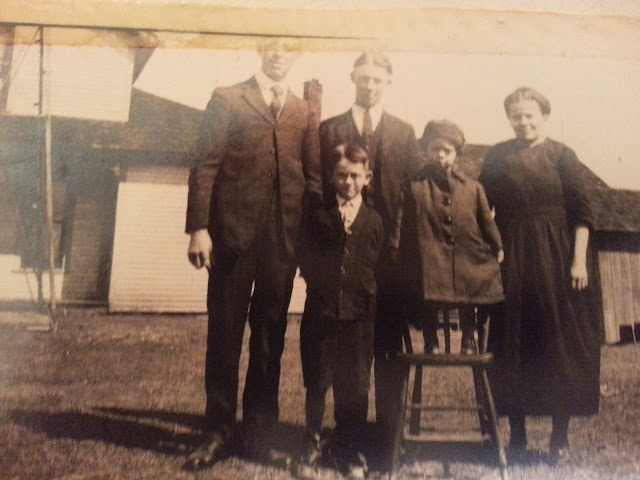 But the bigger prayer life that consumed my Grandma Mabel was for the Spiritual lives of her sons.  This quote in her journal went deep in my heart as I read it:

“O Lord, cleanse us! O Lord, keep us! O Lord, accept of our persons and services, through Him who is our ‘strength’ and our ‘Redeemer.’"

I am so honored to be sharing the rest of this post over at
Beloved Prodigal
with my good friend, Anna Smit, and the team there.
God is doing an amazing work
as He is calling the prodigals
home to His heart.

Come join me to read
about the bigger miracles
that came because of Grandma Mabel's prayers
by clicking here.


And this is Week 2 for The Legacy of Faith series that I am sharing weekly in January. You may subscribe to this blog to get these posts delivered directly to your inbox.