Die Before You Die

Today marks the 100th post I've written for this blog! Wow, I feel like I should be celebrating. When I obeyed the prompting of Jesus to write out my thoughts on living this Journey with Rheumatoid Arthritis, I little knew the adventures He had planned for me.  Opening my heart to post the trials and the joys along the way has led me to jewels that I never would have gathered had I chosen to ignore those promptings.

I wish that I could have tea and cake (gluten and dairy free, of course) with each of you that I have met along the way! This online community that I have entered into, with both old and new friends, has brought to me an awakening of how truly we are all deeply joined together.  And one of those communities is over at Michele Morin's site:

Living Our Days
where she has been leading a wonderful book study on C.S. Lewis' Till We Have Faces. After today, there will only be one more unit, and then we are finished.

My Mother always told me that if I wasn't careful, I would lose myself in the books that I read.  I can still hear her voice telling me to "put that book down, and get to work!"  (But she was just as apt to lose herself in a good book too!)  This book study has proven to be one of those instances, only loosing myself has been a good thing this time around.

As Orual approached her own life's ending, and after her encounter at the strange temple, she began the writing down of her story.  But what she found along the way was that her own memories had deceived her.  She began to find an uglier face to her soul than even her physical face had borne.  When her trusted counselor, Bardia, died, and she faced the love that she had for him, she ventured to Bardia's widow to bring her a measure of comfort. But the revealing that was uncovered there was a process that began the unveiling that Orual had long tried to avoid.  Bardia's widow accused Orual of being the cause for his death,

"I know, that your queenship drank up his blood year by year and ate out his life. . . You're full fed. Gorged with other men's lives, and women's too: Bardia's, mine, the Fox's your sister's--both your sisters'."

As the awful truth began to settle in, she realized that what she had called love, had actually been selfishness, control, and manipulation. The temple ceremonies brought a fresh wounding, as Orual saw that the god, Ungit, vainly worshipped by her people, and long despised by herself, could not compare with the sickness that she saw in her own heart. Finally, in a dream, Orual looked in a mirror and saw not just an ugly image, but a deeper revealing of her heart:

"It was I who was Ungit. That ruinous face was mine. Glome was a web--I the swollen spider, squat at its center, gorged with men's stolen lives."

And here, the story merges with my own looking. Any of us who have given our lives to Christ, will recognize the breaking that happens when we face the awful state of our own sinfulness.  If we let the veil come down, and look at ourselves truthfully, we can say like the Apostle Paul:

"What a wretched man I am! Who will rescue me from this body that is subject to death?"
Romans 7:24 NIV


When  the awful state of our hearts is first revealed, if we will listen, we can recognize a Presence there with us in the asking of that question. Our Savior stands beside us with an option.

And it was the same for Orual. In her despair, the only way open that she could see to redeem for her awful deeds was to kill herself, and thus to put an end to the horrible ways.  But just as she was about to enter the river, she heard a voice that she recognized too well, the same voice she had heard with Psyche:

"Do not do it. You cannot escape Ungit by going to the deadlands, for she is there also. Die before you die. There is no chance after."

I will not know the choice that Orual made until I read the final chapters. But I know the choice that I made so many years ago, when first I heard my Savior's call.  Only in choosing to lay down my rights to myself, and to accept His offering, His own death on the cross, would I find redemption for the awful heart in me.

His Love purchased my freedom

His Love brought me back from the brink

And His Love bid me die to sin 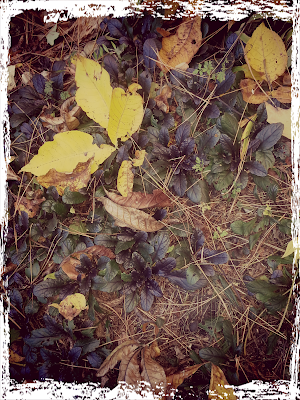 "For you died,
and your life is now
hidden
with Christ in God."
Colossians 3:3


And in this newness of Life
where I walk with Jesus,
He uncovers yet new depths
New places in my heart
where He asks me still

Die before you die
There is no chance after.


This journey of walking with Chronic Illness?
How does it fit in with the life of freedom
that I have been promised?

How could something
that brings MORE pain
lead me to healing?

It is in this very suffering,
this daily dying to my own will,
that I find a precious intimacy
in learning HIS new way of living.

Is there an awfulness in your soul?

Jesus stands beside you, my friend,

to die before you die,

and find a LIVING

you never could have dreamed.

In case you missed any posts in this Book Study series, and would like to catch up, an index can be found by
clicking here


Today I am linking over at
Literacy Musings Monday #LMMLinkup