When Freedom Walks In 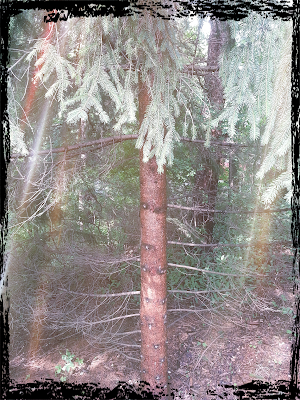 The mind has
Corners and crannies
Where hidden lie
Memories

The heart wants
Uncovering
From carrying
The burden

Where can they meet?
Heart and mind
Like oil and water
Refuse to mix.

Nothing in all creation is hidden from God’s sight. Everything is uncovered and laid bare before the eyes of him to whom we must give account.
Hebrews 4:13 NIV

A child sat on the side of the road and saw the crashed cars. There was the bloodied man being held up by the ambulance drivers. There was her Father holding his chest, and there was her brother coming behind in his own car, rescuing her from the scene.

It was a memory locked in the recesses of my mind. Occasional nightmares and flashbacks from the scene would replay years later, but I would tell myself how thankful I should be that God preserved my life with only a chipped tooth, and my Dad only suffered a few cracked ribs.

But the heart knows when a fear takes root.

If you knew me in the '90s, you would have seen a self-sufficient Stay-At-Home-Mom who walked everywhere, and took the bus to the orthodontist for her teenage daughter's appointments. Grocery shopping was a family affair after my husband finished working. We worked out our schedules, and we thrived on our together times.  But when my younger son approached the time for getting his learner's permit, he said, "It's time Mom. You're coming with me and we're BOTH learning to drive together this time."

I had never enjoyed driving when I got my first license as a teenager. So, as a young wife, when we moved multiple times while our children were toddlers, it felt too hard to continue taking the tests and changing my license in every state.

So I let the deep-settled fear gain more ground in my heart, and I allowed my license to expire.

Was my son correct?
Would I really be able to re-learn driving,
after almost 20 years?

Oh, I prayed and cried, and stormed my way through, as my husband had two "learners" practicing that year.  Just before the deadline for my permit expired, I passed the test, hearing the instructor tell me, "You're a very good driver, Ma'am, you really shouldn't be so nervous."

What should have been a celebration, still felt like a chore to me, and despite what the instructor said, I had to sing my way into driving alone. every. single. time.

But God has a way of making sure
that our hearts get laid bare,
and He sees where fear takes root.

He gently pries and tugs
to bring to the surface
the long buried tendrils.

When we moved to Wisconsin, with a fresh new license in my hand, one of the first neighbors I met was my precious elderly Ukrainian friend who had just lost her husband.  While I was practicing my driving in this small town, her health was gradually declining. And in just a short time, she needed a driver to take her to Doctor's appointments and stores. My driving suddenly had to come up a notch.

God was still working to uncover the fear.

But yet I held back, until I gathered with dear friends for our church's first Ladies' Retreat, several years later. As I led my group that first night, the question went around the circle, and each one of us found our hearts being uncovered by a God who loves us too much to leave us to ourselves.  I heard myself speaking what I had not planned to say:

I still DESPISE driving, but I want to be free.

And with those precious friends,
we all laid down burdens
and found Jesus there
to meet us with the truth.

That very first Sunday after the retreat, as I drove to get coffee for a few friends, my normal "easy" route was blocked, and I had no choice but to take the scarier way that I always avoided.  I heard Him whisper His own words to me:

And something shifted in my attitude
that morning.

What was once a chore
became a place for God's power
to be shown, even within my own heart.

In these days, years later once again,
where weakness seems to reign,
And driving times are few
with pain following each one,
my heart is filled
with a gratitude
I never thought I could have.

When it's necessary for me to drive,
God chases all fear away.

He has redeemed the past
of that bloody nightmare
with His Holy Strength,
carrying my mind
as well as my heart
uniting as one
with praise.

Dear One,
May I ask a hard question?

Is there a long-buried
pain in your heart?

There is ONE
who longs to meet you
with the LIGHT of HIS PRESENCE.

When you ask for freedom,
He will come to you too.


My dear friend, Anna Smit, blessed me with this song today, and I pray it blesses you also: